Encrypting the database backups help to secure the data. Today, as we get closer and closer to cloud solutions including backup files, every day, backup encryption becomes more and more necessary. SQL Server 2014 introduces the new feature to encrypt backups natively. Today we are here with another simple solution to demonstrate the full path of encrypting a backup on our source server and restoring it on the target server.

Create a Database Master Key for the master database

In first step we need database master key or DMK on master database. To check whether the DMK exists or not we can use the following query:-

If the DMK does not exists, then, the following script creates a DMK for the master database:-

In a production environment, you need to set the strong password to secure the database master key.

Create a Certificate or an Asymmetric Key

If you do not specify the EXPIRY_DATE, it set to a date one year after creating the certificate or START_DATE (if specified). Backup encryption using a certificate checks the expiration date and will not allow to create a new encrypted backup with an expired certificate. However, you still are able to restore a backup by using expired certificate.
To encrypt a backup by using an asymmetric key, only asymmetric key residing in the Extensible Key Management (EKM) provider are supported.

use the strong password to encrypt certificate’s private key and save it secure as it will be required during restoring the certificate.

Now, you are able to take an encrypted backup. To encrypt a backup, you need to specify the certificate or asymmetric key as the encryptor, and an algorithm that can be one of the followings: AES_128, AES_192, AES_256, TRIPLE_DES_3KEY. Below example, we have used the BackupEncryptCert certificate as the encyptor and AES_256 for the algorithm to encrypt the MYTestDB database backup.

Create a Database Master Key for the master database

Same as what we have done for the source server in the first step, we need DMK on master database on target server. To check whether the DMK exists or not we can use this query:-

If the DMK does not exists, then, this script creates a DMK for the master database:-

I have a demand on a custome that insist to create a dialy full databases backup that must come with the server certificates (Ex.: SQLServerCertificate.cer and SQLServerPrivKey.prvk), but there’s no way to backup the certificate with a reuse or overwrite option, because I need to write the files always on the same path.

Do you have an ideia to help me to do this?

Thanks for you attention. 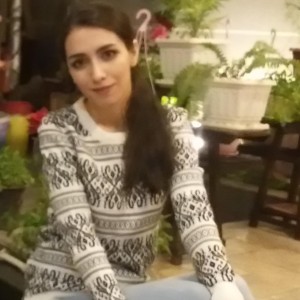