Data manipulation language (DML) triggers are a powerful tool that enables you to enforce domain, entity, and referential data integrity and business logic. The enforcement of integrity helps you to build reliable applications. DML triggers need to be able to work with both the previous state of the database and its changed state. DML triggers are often added after applications are built, so you need to make sure that adding a trigger does not cause errors in the applications that were designed without them being in place. The SET NOCOUNT ON command helps to avoid the side-effects of triggers.

There are three types of triggers:

You might create multiple triggers to separate the logic that each performs but note that you do not have complete control over the order in which they fire. You can only specify which trigger should fire first and which should fire last. Also there are two types of DML triggers as After and Instead of triggers.

AFTER triggers fire after the data modifications that are part of the event to which they relate complete. This means that an INSERT, UPDATE, or DELETE statement executes and modifies the data in the database. After that modification has completed, AFTER triggers that are associated with that event fire, but still within the same operation that triggered them. Common reasons for implementing AFTER triggers are:

DML triggers provide this through a pair of virtual tables called inserted and deleted. These virtual tables are often then joined to the modified table data as part of the logic within the trigger.

A common mistake when you are adding triggers is that if the trigger also causes row modifications (for example, writes an audit row into an audit table), that count is returned in addition to the expected count. You can avoid this situation by using the SET NOCOUNT ON statement. Most triggers should include this statement. Also there are few considerations for using triggers as followings:-

An AFTER INSERT trigger is a trigger that executes whenever an INSERT statement enters data into a table on which the trigger is configured. The action of the INSERT statement is completed before the trigger fires, but the trigger action is logically part of the INSERT operation. When an AFTER INSERT trigger fires, new rows are added to both the base table and the inserted virtual table. The inserted virtual table holds a copy of the rows that have been inserted into the base table.

An AFTER DELETE trigger is a trigger that executes whenever a DELETE statement removes data from a table on which the trigger is configured. The action of the DELETE statement is completed before the trigger fires, but logically within the operation of the statement that fired the trigger. When an AFTER DELETE trigger fires, rows are removed from the base table and added to the deleted virtual table. The deleted virtual table holds a copy of the rows that have been deleted from the base table.

TRUNCATE TABLE is an administrative option that removes all rows from a table. It needs additional permissions above those required for deleting rows. It does not fire any AFTER DELETE triggers that are associated with the table.

An AFTER UPDATE trigger is a trigger that executes whenever an UPDATE statement modifies data in a table on which the trigger is configured. The action of the UPDATE statement is completed before the trigger fires. When an AFTER UPDATE trigger fires, update actions are treated as a set of deletions of how the rows were and insertions of how the rows are now. Rows that are to be modified in the base table are copied to the deleted virtual table and the updated versions of the rows are copied to the inserted virtual table. The inserted virtual table holds a copy of the rows in their modified state, the same as how the rows appear now in the base table.

Recursive triggers are disabled by default. To enable them:

Be aware of the following considerations of using recursive triggers:-

Multiple triggers may be created for a single event that you cannot specify the order in which the triggers will fire .

sp_settriggerorder enables you to specify which triggers will fire first and last.

Many developers use triggers in situations where alternatives would be preferable:

I hope this blog post was informative for you; if so, please share it with your colleagues or network. Stay tune for more blog posts. 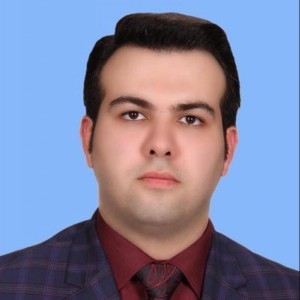